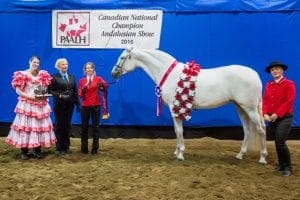 DUQUESA HAS BEEN SOLD.

Duquesa is a stunning 2013 grey Andalusian filly. Her dam is our multi-national champion mare, Coqueta Elegante and her sire is Peregrino De Fraille, a gorgeous imported stallion from Spain and a US Regional Champion. Duquesa was born with white around her eyes and by the time she was 3 months old she was snow white. A very striking filly, Duquesa has incredible conformation and movement with a very feminine look. At the 2014 Nationals, Duquesa took everyone by surprise when she entered the arena and was a complete show stopper. She was so breathtaking that the photographer requested a private photo shoot after the show. VA La Duquesa was the 2014 Canadian National Champion filly, 1 year old and the Gold Medal Movement winner. She was the 2015 National Champion 2 year old Filly and the 2016 National Champion Jr Mare and Gold Medal Movement Winner.  To top it all off, she was the 2016 and the 2017 Supreme Halter Champion for the whole show !!! So proud of “Boo” (her barn name as she has been snow white since 3 months old).  Duquesa has been started under saddle with our dressage trainer Kaylyn Steinhauer and has 4 months under cinch.  She has a very balanced walk, trot and canter with nice suspension, elevation and expressiveness.  She is very smart, quick to learn and always wanting to please.

Duquesa Has Been Sold 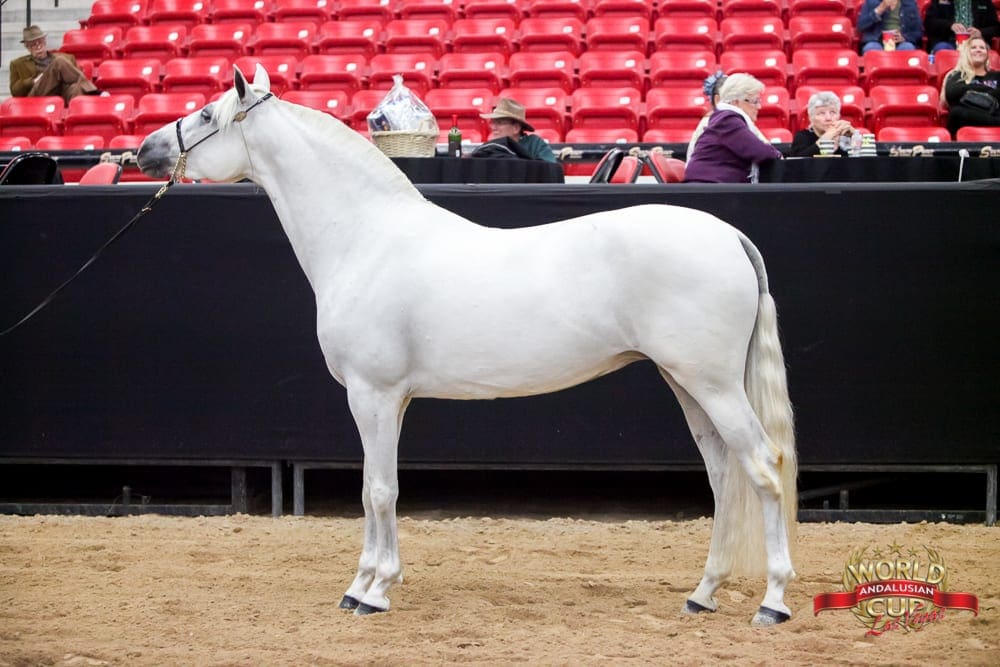 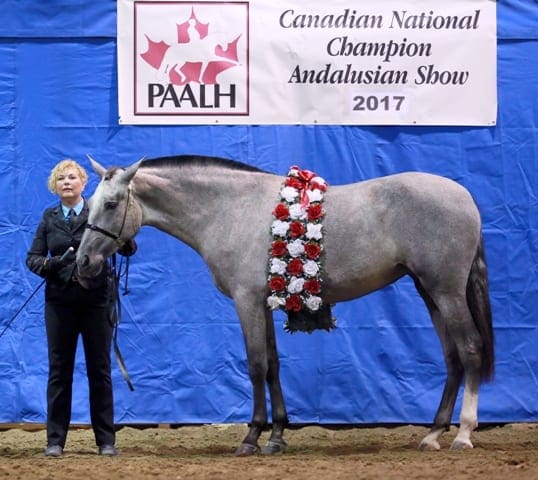 Reina stands 16.2 HH as a 4 year old.  She has bold expressive movement and conformation and temperament to die for!  Reina was shown at the Canadian National Show in 2016 and was the National Champion Filly, 1 year and under. She was shown again in 2017 at the Canadian Nationals and was National Champion 2 year old Filly and Gold Medal Movement Winner.  She was also shown at the Andalusian World Cup in Las Vegas and was Champion 2 year old Filly and Gold Medal Movement Winner. This gorgeous filly is out of our supreme halter champion and gold medal movement winner VMF Coqueta Elegante and by our US and Canadian multi-national Champion stallion VA Manolete’s Hijo Amado. She is also half sister to VA Alejo and VA San Paulo, the 2013 and 2015 Canadian National Andalusian Supreme Halter Champions. This filly is absolutely amazing and what a show stopper. DOB April 23rd, 2015

Reina has been started under saddle with our dressage trainer Kaylyn Steinhauer and already has a very lovely walk, trot and canter under saddle. (updated Feb 3rd, 2019)

REINA HAS BEEN SOLD AND IS HEADING FOR NOVA SCOTIA 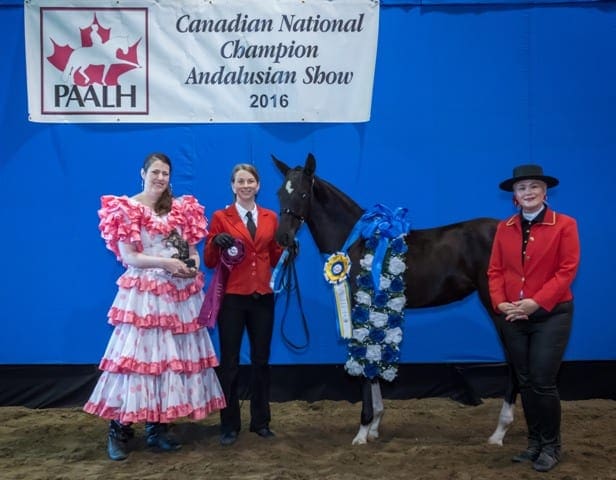 Luna is a gorgeous black-bay Andalusian filly with outstanding movement and conformation.  She is full sister to VA La Reina the  2016 National Champion Filly, 1 and Under and the 2017 National Champion 2 yr old.  Luna was shown against her big sister Reina and was Reserve Champion, 1 yr and under but Luna was the Gold Medal Movement Winner.  Her dam is VMF Coqueta Elegante – the 2012 Supreme Halter Champion and her sire is VA Manolete’s Hijo Amado, the 2015 and 2017 Canadian National Champion Sr Stallion and Gold Medal Movement winner and the 2010 US National Reserve Champion Colt, 2 years and under.

Luna has been sold. 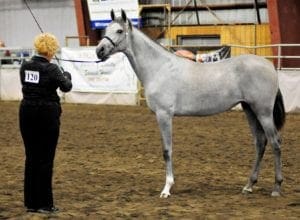 VA Nobleza is a stunning 2018 Andalusian filly.  Her conformation is exceptional and her movement is out of this world.  Her dam is our National Supreme Champion mare VMF Coqueta Elegante (also NC Sr Mare and NC Best Movement) and her sire is our US and Canadian Multi-National Champion 16.2HH Black Andalusian stallion VA Manolete’s Hijo Amado.  Nobleza is full sister to both Multi-National Champion mare VA La Reina and National Champion filly VA La Luna Elegante.  This girl will be amazing!!  DOB – May 2, 2018.  Nobleza is now almost 2 years old and very close to 16 HH.  She will be big like her sister Reina and just as suitable for dressage.

VA NOBLEZA HAS BEEN SOLD 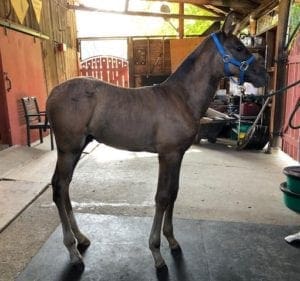 VA El Duque has been Sold and is heading to Alberta